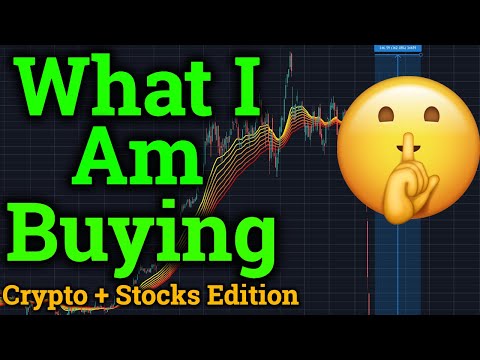 Translated by Google: Edit: original Link https://derstandard.at/2000063670260/Drei-grosse-Bitcoin-Miner-koennten-System-zerstoeren
Cryptographer Schamir: Only a Few Large Drives Digital Currency The Digital Currency Bitcoin is pushing the way for virtually everyone to download the software and create new bitcoins themselves. In practice, however, the effort is now so great that only a few large organizations can afford to calculate new bitcoins. If two or three would deny themselves, they could also destroy the system, says the cryptographer Adi Shamir. "Cryptography is very good" Schamir is a public star of the cryptographic scene, which 30 years ago developed some of the foundations for today's digital currencies. He gave a lecture on Tuesday at the University of Vienna as part of the anniversary of the Association for Social Policy. "The cryptography is very good", Schamir attests to the anonymous inventor of Bitcoins good work. In this respect, there is no reason to worry about safety. Bitcoins are, however, in the criticism, because the associated anonymity leads to, to pay criminal transactions with it. Also, Shamir says, payments with bitcoins, mainly larger amounts, accounted primarily for illegal activities. But currently only a very small part of bitcoins is used for payments. The majority were harbored as a speculative object. If you use bitcoins, you also need to be aware that there is no one in this system that can make you complain if you feel deceived. Errors, such as when you mistyped in a payment, can not be reversed. It may also take up to one hour for a transaction to be finalized. For small everyday business such as the newspaper purchase in the Trafik hardly practicable, means Schamir. Basic problems For the specialist Schamir this abuse is not the decisive question. He points to much more fundamental problems in the design of the bitcoins, which can be used by influential groups for systematic fraud or destruction of the system. It has long been known that if 51 per cent of the bitcoin brokers declare themselves, they can manipulate or destroy the system. New calculations show that 33 percent of these are sufficient, probably only 25 percent. This is so threatening, because bitcoins are already not scared by countless individual fighters. Meanwhile, the effort to produce new bitcoins is so great that only a few large organizations are involved - mostly near particularly low-cost power sources in China. The electricity consumption for Bitcoin production is as large as that of a German city, has recently been estimated. "Two or three Chinese miners could destroy Bitcoin," said Shamir. But since the prospectors are not interested, the danger is not so great. It would be quite conceivable, however, that once a government builds up a third of the exploration capacity - and then very well develops an interest in the destruction of bitcoins. This is serious. At the same time Schamir remembers that there are already around 1,000 different cryptos. Only a few pay with Bitcoin Already now invest in Bitcoins, who believes in the digital currency later to sell more expensive to others. Thus, only about 20 percent of the users make payments. Strictly speaking, it could be called a pyramid game, according to Schamir. He continues to expect very strong erosion in value. Even so far, the value of a Bitcoin could fall or rise by a few hundred euros in one day. Between the beginning of the year and the beginning of September 2017 there was a fivefold increase in the value to 5,000 euros per piece. Probably a regulation by governments - that would break the course massively. The comparison with the first bitcoin payment in the real world is shown in the comparison of the first bitcoin payment in the real world. At that time a pizza was ordered and delivered - against the payment of 5,000 bitcoins. According to current course, the pizza would be worth 25 million dollars. Shamir does not start from a crash of Bitcoin, but from a slow "fading". It is important, however, that the technological foundations of bitcoins remain, the encryption and in particular the blockchain. It is a kind of database in which all transactions are booked with a time stamp. The technology is now being tested by banks and insurance companies, and this is also being experimented with in other sectors of the economy. (APA, 6.9.2017)

While the reference to Shamir might sound like a character from Magic: The Gathering or Dungeons & Dragons, it’s actually a reference to Israeli cryptographer Adi Shamir, who invented the secret key sharing mechanism that the game master’s hunt is likely employing to split the bitcoin stash’s private key into multiple shards.. The first three keys referenced in the initial message will An Australian crypto enthusiast has set plans in motion to open his own crypto bank.Fred Schebesta has decided on a radical scheme in order to circumnavigate restrictive regulations by Australian banks towards anything cryptocurrency-related by opening his own bank and doing what he needs to get a share in an established bank. "Two or three Chinese miners could destroy Bitcoin," said Shamir. But since the prospectors are not interested, the danger is not so great. It would be quite conceivable, however, that once a government builds up a third of the exploration capacity - and then very well develops an interest in the destruction of bitcoins. The cryptographic protocol specialists are Yael Taumann, Adi Shamir and Ron Rivest, while the people responsible for the buildup of the project are Suzuki E. and Fujisaki E. If a miner wants to join the network, he will have to either be a full node or mine in a mining pool. The project started as a fork of Bitcoin back in 2012 with the In your miner’s manual you can find the proper log in info. 04. Configure yor ASIC Miner. Click Miner Configuration where you can enter 3 pools. If the first one is dead or not responding, the failover function will automatically point your miner to the second and so on. Below is an example configuration of bytecoin-pool.org: