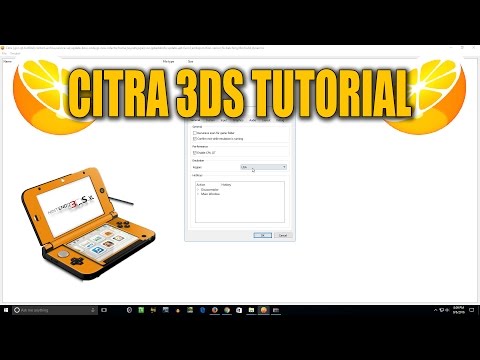 I have been working on setting up an "as portable as possible" Emulation Station configuration. Basically involves a couple of batch files and a couple additional programs to set up. Can be copied to a USB stick or dropbox and run from another computer without having to change any paths.

This configuration is set so that all emulators and roms are within folders in the Emulation Station folder. (I have tested setting it up outside of the folder, but is not as “portable” as it is with them inside the folder.) I have set all of the emulator configurations and AutoHotKey to use almost identical Xbox 360 controller settings and shortcuts for exiting emulators, fast forward and save/load states for those that support it.

The FNR tool and batch files change all of the paths in all of the config files(.ini, .cfg, .config .yml) in the “.emulationstation” folder to the current path that it is being run from. That is the major portability factor.

Some of the Emulator’s configurations are specific to my computer, so you may need to change some of them for your own, but for most people it should "just work". Naming of the emulator’s individual folders doesn’t matter as long as you have the name of the emulator at the beginning. Anything after the emulator prefix, such as version number, gets auto-populated by the “startemulator.cmd” script.

If anyone has suggestions for improvements I will gladly hear them and try to implement if possible.

No actual program executables are included in this download except for the batch files that I personally made. Other programs listed below will need to be downloaded separately from their original providers. Bios files are NOT INCLUDED.

HEADS UP!! WALL OF TEXT AHEAD!


If any files do get overwritten, re-extract the contents of “EmulationStationSetup.zip” overwriting all files.

Let me know if there are any issues.

Edit: Removed Cemu settings.bin file because it seemed to be causing slowdowns. Added exported Xbox 360 controller settings instead. Just need to import them on first use.

Unknown platform - Citra is only supported on 64-bit versions of Windows, macOS, Linux, and Android 8 (Oreo) or above. If you are running one of these, choose one of the options below. Either take a good amount of time to research, reverse engineer, and recreate the audio code for Pokémon X/Y in HLE, or build out a program that can read the original binary audio code in Pokémon X/Y and emulate the actual audio chip, known as LLE. Both of the options have advantages and disadvantages. Topic. Is there any way to change this? I'm trying to run Majora's Mask 3d with LLE audio, and I'm getting around 25 fps. When I open up my task manager, it says that Citra is only using 20% of my cpu and ~ 575 megs of my 16 gigs of ram. I had nothing else open when checking, only citra and the task manager. Yes and no. If you have a 3Ds yourself or is able to get one, dont bother with Citra yet. If you dont have a 3DS/cant get one (like me), then research if the games you want to play are running.Some are running perfectly (very few), some randomly crashing, some dont boot at all, and some will work almost perfectly but you need a save file that boots past intro. THIS IS A STAGING REPO FOR OUR CANARY RELEASES ONLY. For development see our main repo at https://github.com/citra-emu/citra - citra-emu/citra-canary