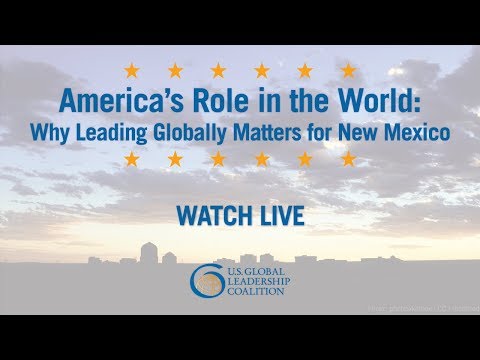 WSJ, NYT, Yahoo Finance, Independent (UK), Wikipedia report that Blockstream is funded by top insurer AXA, whose CEO is on the board of HSBC and *chairs* the Bilderberg Group. Blockstream President Austin Hill desperately tweets trying to dismiss these facts as "batshit crazy Illuminati theories"!

https://np.reddit.com/btc/comments/489ckf/austin_hill_borgstream_president_on_twitte
https://twitter.com/austinhill/status/703958443141369856
https://np.reddit.com/btc/comments/47zfzt/blockstream_is_now_controlled_by_the_bilderberg/
Sorry Austin Hill, but you can't have it both ways.
If you accept millions of dollars from one of the biggest insurance companies in the world (AXA Strategic Ventures, investment arm of AXA Group) - whose CEO sits on the board of HSBC (one of the biggest banks in the world) - and who is also leader of the ultra-secretive financial power elite group known as the Bilderberg Group, then people are going to talk about it - and people are going to be curious and concerned about how this could influence Blockstream's corporate goals and strategies.
But in a pathetic attempt to deflect public awareness and transparency about the secretive, elite Bilderberg Group investors who Blockstream now reports to, Blockstream Presdient Austin Hill austindhill is now desperately tweeting attempting to claim that sources such as The Wall Street Journal, The New York Times, The Independent (UK), Yahoo Finance and Wikipedia are "batshit crazy with illuminati theories about who is involved in Blockstream"...
But the Reddit post to which he is evidently referring simply quotes those reputable sources like WSJ, NYT, etc. - providing information that is part of the public record (but which Austin Hill evidently doesn't want too many people to pay attention to).
No "batshit crazy Illuminati theories" here. Just simple googling and grassroots journalism which any concerned user of Bitcoin could do in a few minutes.
The Bitcoin-using public is just following the money. And asking the following simple and obvious question:
Could Blockstream's ongoing inexplicable attempts to cripple the Bitcoin "Core" implementation by driving people off-chain possibly be explained by the fact that one of Blockstream's co-lead investors (AXA Strategic Investments) is the investment arm of a company (AXA Group) whose CEO (Henri de Clastries) is not only on the board of one of the biggest "fiat" banks in the world (HSBC), but is also the head of the notorious ultra-secretive financial power elite Bilderberg Group?
The simple facts - which Austin Hill cannot deny, no matter how much he dismissively tweets about "batshit crazy Illuminati theories" - are as follows:
(1) Blockstream just got another $55 million in venture capital in recent its Series A funding round - in addition to its previous $21 million in venture capital;
(2) The co-lead of this recent funding round is AXA Strategic Ventures - which is the investment arm of French insurance giant AXA Group;
(3) The CEO of AXA Group is Henri de Castries, who also sits on the board of one of the biggest banks in the world, HSBC;
(4) Since 2012, Henri de Castries is also been chairman of the Bilderberg Group, one of the world's most secretive organizations composed of "the elite of the elite" from banking, finance, and government;
(5) As we all know by now, the two main goals of Blockstream (and, apparently, of at least some of the investors it reports to) are:
(a) to discourage people from transacting directly on the Bitcoin blockchain, and
(b) to prematurely create fee markets.
(6) Blockstream's two main strategies for achieving these goals are:
(a) to spread FUD and lies claiming that Bitcoin cannot scale, in order create artificial scarcity of space for transacting directly on the Bitcoin blockchain by their ongoing, unjustifiable refusal to release a Bitcoin implementation supporting blocks bigger than 1 MB;
(b) to steer people onto Blockstream's complicated, centralized, expensive off-blockchain transacting "solutions" such as Lightning Network - which will "lock up" more funds from users, and steal fees from miners.
There are no "batshit crazy illuminati theories about who is involved in Blockstream" in anything of the above. These are just the facts, on the public record.
Now, the only "theories" involve wild speculation regarding:
Why is Blockstream attempting to cripple Bitcoin?
But Blockstream brought these "theories" on themselves - by refusing to release any code (until maybe July 2017) which would allow blocks to be bigger than 1 MB - when research has shown that Bitcoin infrastruture and Bitcoin operators could easily support 3-4 MB blocks already, and when the Bitcoin network is rapidly becoming congested and clogged jeopardizing its usefulness for transacting.
 Here is the exposé which got Austin Hill so upset - the top story on /btc this past weekend:


https://np.reddit.com/btc/comments/47zfzt/blockstream_is_now_controlled_by_the_bilderberg/
 Here are some of the links which were quoted in that exposé - from reputable sources like The Wall Street Journal, The New York Times, The Independent (UK), Yahoo Finance and Wikipedia:


Bitcoin Startup Blockstream Raises $55 Million in Funding Round
Horizons Ventures and AXA Strategic Ventures are among the investors in the company, which is developing blockchain technology.


Mr de Castries is one of France's best-known businessmen and sits at the helm of AXA, which claims to be the largest insurer in the world.


Ex-C.E.O. of Diageo and AXA Chairman [Henri de Castries] to Join HSBC Board


http://www.nytimes.com/2015/11/14/business/dealbook/hsbc-board-henri-de-castries-paul-walsh.html?_r=0
 If Blockstream President Austin Hill austindhill wishes to dispute any of these well-known facts, he is welcome to try.
Frankly it is rather pathetic of him to think he can simply dismiss facts on the public record by trying to refer to them as "batshit crazy Illuminati theories" - in his hopeless attempt to deflect public attention away from the fact that it is solely his company Blockstream, and its refusal to let blocks grow bigger than 1 MB, which to blame for:
... all of which are threatening to strangle Bitcoin in its infancy.
But hey, who knows, maybe that's not a "bug" - maybe that's a "feature"!
In other words, maybe maybe that's what the chairman of the global banking power elite Bilderberg Group behind Blockstream really wants to do to Bitcoin: embrace, extend, and extinguish it with their apparently Straussian agenda.

Why it matters: Since Apple reported earnings on Nov. 1, a number of its suppliers have issued profit warnings, and President Trump has said iPhones could be affected if he imposes another round of tariffs. Apple’s stock is down more than 20 percent since the beginning of October. Apple reported record profit and sales, Amazon easily beat expectations, and Google-parent Alphabet posted a loss because of the new tax law. Worse, cryptocurrencies in general are based on a false premise. According to its promoters, Bitcoin has a steady-state supply of 21 million units, so it cannot be debased like fiat currencies. But that claim is clearly fraudulent, considering that it has already forked off into several branches and spin-offs: Bitcoin Cash and Bitcoin Gold. This is a presentation on the basics of bitcoin, some of the legal considerations surrounding bitcoin, and some of the opportunities presented by bitcoin. Bitcoin is a distributed, worldwide, decentralized digital money. Bitcoins are issued and managed without any central authority whatsoever: there is no government, company, or bank in charge of Bitcoin. You might be interested in Bitcoin if you like cryptography, distributed peer-to-peer systems, or economics.

The New York Times DealBook Conference 2018 - Duration: 1:23. New York Times Events 2,036 views. 1:23 🔴 [LIVE] Bitcoin Halving 2020 news, Altcoin trading, Global Crisis? ... Why Leading ... Bitcoin is one of the most talked about but least understood technological innovations of recent years, continuing to draw new backers on Wall Street and Silicon Valley. New York Times reporter ... THIS WEEK:-----Coinbase, a Bitcoin Start-Up, Raises $75 Million in Vote of Confidence http://dealbook.nytimes.com/2015/01/2... Calibra Head David Marcus speaks at New York Times DealBook Conference – 11/6/2019 ... 27:05. What is Bitcoin? Bitcoin Explained Simply for Dummies - Duration: 12:49. 99Bitcoins ... ANDREW ROSS SORKIN is a financial columnist for The New York Times , a co-anchor of CNBC's "Squawk Box," and the editor-at-large of DealBook, a news site he founded that is published by The Times.