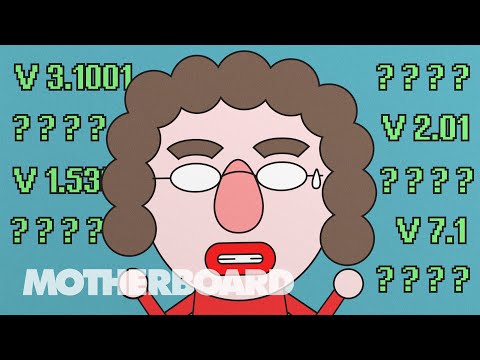 Now Accepting Bitcoin
New Age Media Management, a New York City-based management firm, is betting on Bitcoin, and plans to accept the crypto-currency beginning March 14.
Though some might question the move given Bitcoin's current spate of bad press, New Age founder Adam Lopez has no qualms about taking the crypto-currency, which is unregulated, has no central bank and has fluctuated wildly since the first Bitcoins were issued about five years ago.
"It's breaking into a lot of merchant circles very quickly and we wanted to be the first in the entertainment space to accept it," Lopez told Pollstar. "No one has really come forward saying they'll accept this for everything from artist commissions to consultation payments to anything we deal with across the board.
"We pride ourselves on being very tech forward. This is something our team has been researching for eight months to a year - watching prices, the stock as it rises and falls, and we felt like right now, despite it getting a little bad press recently, was the right time to make it public."
The bad press stems from news that one of the most prominent exchanges for Bitcoin trading - the Japan-based Mt. Gox - announced it was filing for bankruptcy last month after about 850,000 Bitcoins valued at more than $400 million disappeared from its digital coffers.
In a news conference, Mt. Gox CEO Mark Karpelès explained the exchange had been hacked, and "there was some weakness in the system, and the Bitcoins have disappeared. I apologize for causing trouble," he said, according to the Wall Street Journal.
Another Bitcoin bank, Flexcoin, called it quits March 2, announcing on its site, "Flexcoin was attacked and robbed of all coins in the hot wallet. The attacker made off with 896 BTC. . As Flexcoin does not have the resources, assets, or otherwise to come back from this loss, we are closing our doors immediately." Elsewhere, Autumn Radtke, the CEO for virtual currency exchange First Meta, was found dead in her Singapore home in what's been reported as an apparent suicide.
Bitcoin has taken hits previously. After the FBI shut down online black-market site Silk Road in October 2013, seizing 144,000 Bitcoins, the value of the crypto-currency plummeted.
It has since recovered and many have called for increased regulations, which Lopez thinks could eventually help legitimize the virtual currency. But it's also going to take buy-in from huge e-commerce companies such as the Amazons of the world before Bitcoin might gain wide acceptance.
New Age Media Management's interest was piqued through the entertainment investment space and its dealings with venture capitalists.
"You have the Winklevoss twins, people like Fred Wilson, and Google ventures who have all invested $30 or $35 million apiece into this venture," Lopez said, adding it's important to separate the currency from the technology as they're investing in "the technology of it. That's really where the money is - investing in the technology of this being accepted and getting merchants on board."
Overstock.com is one such merchant. The company announced in January it would accept the virtual currency and said March 4 it expects Bitcoin sales to reach $10 million or $15 million this year, up from the $5 million it had expected, the WSJ reported.
Richard Branson's Virgin Galactic has also backed Bitcoin for its commercial space flights. The Winklevoss twins, coincidentally, announced March 5 they'd booked their Virgin Galactic flights using the crypto-currency.
Aside from the potential investment aspects of Bitcoin, Lopez noted his company could save thousands on fees by accepting the virtual currency.
"The transaction fees are incredibly lower," he said. "Sometimes you'll have a 3 or 4 percent transaction fee if you go through somebody like PayPal or a credit card where as with Bitcoin you're looking at something like half a percent. That makes all the difference when you're doing transactions in the tens of thousands of dollars and saves you that much more money."
It's an idea that makes sense, and just one reason Lopez is so confident about accepting the crypto-currency.
"Bitcoin is definitely in the infancy stages so it's going to fluctuate a lot in price and in interest but we feel like a lot of our artists and the VCs we work with are very excited about the concept," he said.
-Dana Parker-McClain

Article content continued. First Meta said in a statement on its website that its team was “shocked and saddened” by the tragic loss of its CEO, saying “Autumn was an inspiration to all of us.”. First Meta runs an exchange for virtual currencies and assets. It initially functioned as an online trade platform for the currency used in the Second Life online world, and then expanded to Radtke's company, First Meta, said it was "shocked and saddened by the tragic loss." First Meta allows users of virtual currencies such as bitcoin to trade and cash out the currencies. It is one American Bitcoin exchange CEO, 28, researched suicide methods before jumping from a Singapore high-rise due to 'work and personal issues' Autumn Radtke, 28, from Wisconsin, was discovered on Autumn Radtke apparently committed suicide in Singapore. Autumn Radtke, the CEO of a bitcoin currency exchange First Meta Pte Ltd, was wrestling with professional and personal pressures, say Autumn Ratke a 28-year-old American CEO of bitcoin exchange firm First Meta was found dead in her Singapore apartment on Feb. 28.. BREAKING: Satoshi Nakamoto, the mystery man behind bitcoin

Vechain (VET) CEO Sunny Lu Interview: Vechain 2020 Project Update, Vechain news, Future of VET NixenSibrat 112,803 watching Live now Family Town Hall Meeting Regarding Fall 2020 Opening- Mon. July ... Edward Snowden - “Permanent Record” & Life as an Exiled NSA Whistleblower The Daily Show - Duration: 16:39. The Daily Show with Trevor Noah 3,913,531 views Don't be shy, share my videos with the world! ***I am NOT a financial analyst, this is for entertainment purposes ONLY!*** Mr. Freecoiner's Merch Store: http... In this episode of 'Greatest Moments in Hacking History,' Kevin Mitnick is a fugitive hiding out in Colorado. In an attempt to avoid detection from the autho... Autumn Radtke, chief executive of virtual currency exchange First Meta Pte Ltd, was found dead on February 26. Police said they were investigating her "unnatural" death, and "preliminary...