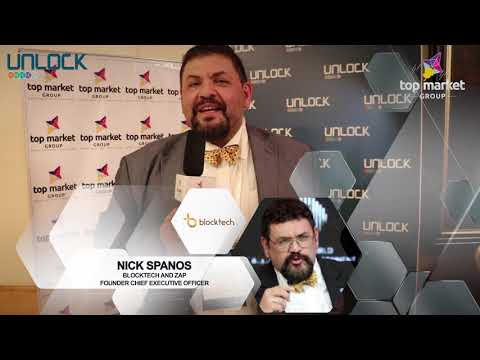 Bitcoins Traded on Wall Street to Usher In 2014

Spontaneous trading erupted earlier this evening at the official launch of the NYC Bitcoin Center. Hundreds of eager cryptocurrency enthusiasts gathered to usher in the New Year and celebrate the grand opening of the center, the first of its kind in the world. Keynote speaker Congressman Steve Stockman of Texas shocked the crowd by taping a QR-code to his suit, accepting Bitcoin donations for his 2014 Senate campaign, the first U.S. Senate candidate to officially embrace the cryptocurrency.
Veteran New York entrepreneur Nick Spanos, one of the center’s co-founders, rose to address the crowd shortly after midnight, and was greeted by the boisterous shouts. “I’ll pay $700 for one Bitcoin!,” yelled an enthusiastic twenty-something. Within moments, similar cheers rebounded throughout the hall.
Within moments, dozens of individuals were holding up their smartphones, their QR codes poised to receive Bitcoin. “$800!” shouted another. “I’ll pay $850 in Dogecoin,” screamed to another, to laughs. And so, a mere 100 feet from the doors of the New York Stock Exchange, where since 1817, traders have gathered before the Big Board to trade US dollars for stocks, tonight, at 40 Broad Street, hundreds of Bitcoin traders brought that tradition into the 21st century.
The NYC Bitcoin Center, located at 40 Broad Street, is the premier educational institution dedicated to promoting awareness of competing cryptocurrencies and aims to be a hub for innovation in the financial tech space. Founded in 2013, the center’s board consists of leading entrepreneurs, policy makers, and thought leaders.
http://imgur.com/Y9laOGM
http://imgur.com/jGI7Kfq
http://i.imgur.com/lfjKPpa.jpg

Zap.store is an open platform where you can create, share, and monetize deterministic oracles from data feeds (such as exchange rates, flight data, etc.) for use in smart contracts. What they are providing is an open marketplace of data that is also readily converted into oracles. Oracles are data feeds that are connected to smart contracts. They are providing an easy to use method of integrating outside data into smart contracts. There is more use to having instant access to those oracles for example election outcomes are impacting all parts of society from financial markets to the future political landscape of a country. Imagine having access to that data first, that's what they are providing, for all different kinds of data. They already have a demo of the platform! Also the whole team is incredibly strong! They have a former data scientist from facebook and Nick Spanos as teamleader which is one of the first users of bitcoin and cofounder of the Bitcoin Center NYE just a block away from the new york stock exchange. They have advisors from microsoft and goldman sachs. The circulating supply is 70 M so that's low too! Trading at $0.14 dollar now. I think this coin has the potential to be a top 100 coin! It's has everything that I'm looking for => incredible team, great product, low cap, low supply, very active on social media, nice looking site and platform, I like the name and logo also! Everything just adds up! https://zap.store $ZAP #Cryptopia #Etherdelta #HitBTC

Nick Spanos, born 1965, is an early American computer programmer, inventor, and serial entrepreneur.In 2013, Spanos, along with the late Andrew Martin, found the Bitcoin Center NYC on the financial district of New York City, across from Wall Street. Nick Spanos later found Blockchain Technologies Corporation and co-founded Zap.Org. He has been featured on the Netflix documentary Banking on This is "Nick Spanos // Banking on Bitcoin" by CRYPTO on Vimeo, the home for high quality videos and the people who love them. Nick Spanos. Nick Spanos is a pioneer in the bitcoin and blockchain technology space. In 2013, Spanos founded Bitcoin Center NYC-- the world's first-ever cryptocurrency trading floor, which initially opened directly across from the NYSE in 2013.Spanos is also CEO of Blockchain Technologies Corp., which patented VoteWatcher, the first-ever blockchain voting platform. Nick Spanos, born 1965, is an early American computer programmer, inventor, serial entrepreneur and activist.He is the founder of the Bitcoin Center, co-founder of Zap.org, and CEO of Blockchain Technologies Corporation. Spanos, along with Andrew Martin, was best known for starting the first physical Bitcoin exchange in 2013, Bitcoin Center New York City, next to the New York Stock Exchange blocktech is an international blockchain venture studio guided by the leadership of Nick Spanos. Our origins date to the founding of the Bitcoin Center in New York City, the world’s first physical cryptocurrency exchange, located right next to the New York Stock Exchange.