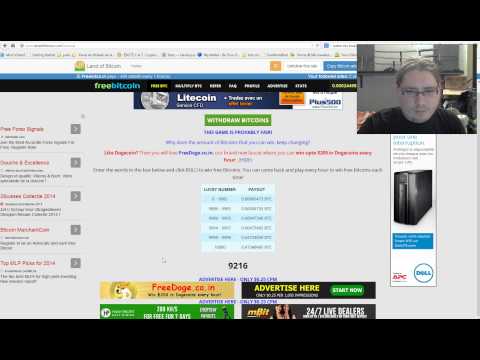 I'm making this post to elaborate on my long-term vision for a proposed enclave for /Enclaves/:
An organized network of defensible self-sufficient Agrihoods. If I have any input on how they're built, I think they should be built as polygonal forts using buried or camouflaged Hesco bastions, Bremer Walls. The fortifications can be disguised as architectural elements, while moveable, fortified observation towers can be stored for emergency use.
Preferred form of government:
Legal and transparent, Quaker-based Consensus decision making plus an armed "neighborhood watch" with basic infantry training. Each household must have at least one standardized (and legal) rifle with any legal barrel length. My preference as an American veteran is for the AR-15 to be the standard rifle, with 7.62×51mm NATO ammunition. The idea is to be able to share ammunition, training, knowledge, and tools.
Your preferred form of economic system:
Each resident of the Agrihood would buy membership and be a part-owner in the neighborhoods farming cooperative. Each member would be expected to pay an initial membership fee and then also to work a certain number of hours per month. People unable to work would be accomodated, and members of the cooperative can also invest more money in the cooperative in the form of crowd funded loans for capital equipment and other large purchases. As far as transactions between members, Barter, Gold/Silver and Copper , Bitcoin/Cryptocoins & any convenient fiat currency would be encouraged. Transactions are conducted between individuals, so both parties have to mutually agree on the form of payment beforehand. I also want to specify that there not be any "Home Owner Association" because they can be hijacked and used to exclude people.
Your preferred level of technological development:
I'd like to promote a basic Amish/1890's level of technology supplemented with solawind and modern technology on top of it. The goal is that each home should be fully functional in case of an EMP, systemic disruption, or disaster.
The resources you bring to the table:
Military training (Medic), herbalism.
The resources you hope for from others:
Emphasis on military training, medical training, construction/engineering and traditional farming or gardening skills.
An outline of your personality as you see it:
Pragmatist.
An outline of your personality as (you've been told that) others see it.
"Intense, geeky dick." and "Fucking irritating devils' advocate" are my favorites.
Your perspective on what may be contentious topics, e.g. gun ownership, meat-eating, etc.
Defensive training requirements, membership standards.
Whether you have served in any branch of the armed forces of any nation.
US Army National Guard, 7 years. I also grew up as an "Army Brat".
Whether you have a background working in law enforcement:
Nope.


Clearly delineate the difference between your preferences and your hard limits:


Tolerant of the religious views, lifestyle choices and sexual preferences of others but I draw the line at all of these things when others try to push their views on me or assume that I support what they're doing. There's a difference between tolerance and support. I don't care what you do or how you live your life, I will support you if you're attacked for it, but - and I feel strongly about this -just keep it to yourself and leave me the fuck alone to do what I want.


7/2020: I'm saving money, learning to garden, getting back in shape, maximizing my credit rating, changing careers so I can work remotely, and shopping for land on the east coast. If I get lucky and find an affordable and small property suitable for homesteading in 2020 then I'm pulling the trigger, but a more realistic plan is to relocate at the end of 2021. If it looks obvious to me that the pandemic isn't going to lead to economic collapse then I might be able to hold out and purchase about 60-100 acres in Vermont by the end of 2022.

I was debating if I should post/celebrate this here, but after seeing /fierymillennials lessons learned from a break, and after posting here in /fi for the last 4 years, I thought I'd share some of my lessons from my career (and maybe sneak in a few questions while I'm at it).


Where I Am Now

As the title (and my flair says) I'm sitting right around FI now! Our household consists of me, my wife who's a year younger and our 11-year-old poodle mix, living in the western US.
I'm a software engineer (full-stack web development) turned Product Manager working a career in tech - but never in what I'd "high tech" cities. Orlando and Salt Lake City have a great tech presence, but they're not exactly in the top 5 (or 10?).
With around $2m saved up and yearly expenses somewhere between $60-$100k, it's looking like we're in decent shape! Over the last 2-years, our expenses have risen as we got married, fixed up a house, went on 2 honeymoons, moved across the country, furnished a new place and settled in. I'm optimistic it'll drop down closer to the $60k side now.
Today is my last day at my job of almost 8 years (!). My wife is continuing to work at this time, with me on her insurance We've talked about it, and she knows she could leave as well. Her working right now makes this much more flexible as we test out our spending levels with one of us not working.


How I got Here Financially

Luck. Hard work at times for sure, and lots of planning, but no one retires in their 30s without luck (windfalls or high income) or cutting expenses so deep that your lifestyle borders some hobo-chic.
My luck came in a few specific fortuitous financial events:
There's a lot of luck to this. I was on my own FI path before this acquisition with a higher FI date in mind (40 if things went well, but probably closer to 44 realistically). Luck and events completely outside my control brought that date down 4-8 more years.

After years working at startups, I absolutely love creating things and providing value to people. One thing I'm most excited about is the time to learn and build things without the need for them to make money. I've done some side projects, but hope to do many more now.
Other than that, the usual winter recreation! Playing Red Dead Redemption 2, rewatching all of Lord of the Rings and Harry Potter, going skiing and traveling to see family.
Long-term though, time will tell. If our spending is low enough, then we won't need additional income. If it ends up being higher than we expect and we decide we'd rather now lower it, I'd like to find a way to make a little side income without a job through side projects. Luckily there is no rush on that today. We have options, and time to find a passion that makes a little money is one of the best ones.
I do have a few things that I'm trying to do immediately. I'd be curious to hear how others have handled these:
These are the immediate things I'm working on in my head right now.


What Did I Do Well?

For things that I had control over at least, here's a few that stand out:


What Could I Have Improved On?

Whew, that's a lot. It's been 11 years since I started investing and 9 years since I opened a Vanguard account. Without additional lucky (in the form of those windfalls) I don't know how FI would've been possible without drastically cutting spending during my earning years far more than I did.
That might not be the most optimistic takeaways, but it's an honest one. There's a sliding scale between compromise and luck for retiring in your 30s. I was able to lean more on luck, but that's not a reproducible takeaway. If you do what you can with what you're given that's all you can do - just do your best and be OK with the results.
​
Edit
On acquisition/IP money: From the comments, I realized I did a poor job of taking credit for my part in those events. As a long-time developer, I don't do a great job of taking credit for my accomplishments. As I mentioned in some comments below, I was an early employee at the startup and led the largest team which was responsible for our main product, and was a key part of why we were acquired.
On windfall/Why don't you have more money: I wish I could say I just put the windfall money in low-cost index funds and called it day, but that wasn't the case. I bought a house (which I sold for a $70k loss), lost a bunch of money due to load funds and taxes on trades my financial advisor put me in (before I started managing my own money) and saw my investments drop by almost half in 2008. All that to say that in 2008 my net worth was much closer to $70k. Couple that with a lower income (since I was right out of college) and it's not too much being set aside each year.

Lessons learned - Crypto and Divorce - In January I was a millionaire thanks to BTC, then my wife divorces me and now I have $30,000 AMA

WWYDI a guy named Rifter tries to take over the multiverse?

Spiritual Crystals & Jewellery. Expand submenu Collections Collapse submenu Collections. For Men Exclusive Bracelets The high-paying symbols in My Lucky Number slot machine kick off with the lucky clover, offering up to a 400.00 payout. This is followed by a horseshoe, a coin and a star. The low-paying symbols are rendered into royals, ranging from A to 10, and are neatly placed in a bubble, giving the slot a more playful look. MARKET DEMON Forum - Member Profile > Profile Page. User: Free bitcoin slot machines play now, free bitcoin faucet site, Title: New Member, About: Free bitcoin slot machines play now &nbs... There are over 1700+ Bitcoin video slots and table games, which are available at Rocketpot Bitcoin Casino. One of our players' top choices for iGaming providers is NetEnt or Evolution Gaming for the live table games, you will feel like you are in a real land-based casino. The paytable lists the number of coins you will win, but the actual cash value you will receive is dependent on your chosen ‘Line Bet’. For example, if you chose a ‘Line Bet’ of 0.5, a 200 coin payout will be worth 100 cash (200 x 0.5). Lucky Money Online Slot Features