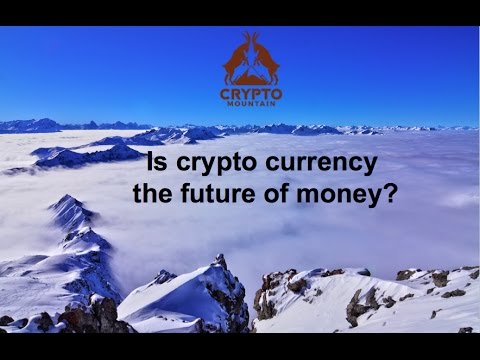 Luzius Meisser on Jan 26 2016:
This post serves to convince you of the economic benefits of smoothing
the payout of fees across blocks. It incentivizes decentralization and
supports the establishment of a fee market.
Idea: currently, the total amount of fees collected in a block is paid
out in full to whoever mined that block. I propose to only pay out,
say, 10% of the collected fees, and to add the remaining 90% to the
collected fees of the next block. Thus, the payout to the miner
constitutes a rolling average of collected fees from the current and
past blocks. This reduces the marginal benefit of including an
additional transaction into a block by an order of magnitude and thus
aligns the incentives of individual miners better with those of the
whole network. As a side-effect, the disadvantage of mining with a
slow connection is reduced.
Example: currently, given a transaction with a fee of 1000 Satoshis
and global processing cost per transaction of 5000 Satoshis, an
individual miner would still include the transaction if it costs him
500 Satoshis to do so, as the remaining burden of 4500 Satoshis is
carried by others (a classic externality). However, with fee
smoothing, the immediate benefit of including that particular
transaction is reduced to 100 Satoshis, aligning the economic
incentives of the miner better with the whole network and leading the
miner to skip it. Generally, the fraction that is paid out immediately
(here 10%) can be used to adjust the incentive, but not arbitrarily.
Benefits:
order of magnitude. If it takes 30 seconds to download the latest
block, a miner loses 5% of the potential income from fees as he does
not know yet which transactions to include in the next block. With fee
smoothing, that loss is reduced to 0.5% as he would still earn 90% of
the average fees per block by mining an empty one based on the latest
header.
prices form where supply and demand meet, with the fees asymptotically
approaching the marginal costs of a transaction. Currently, supply is
capped and only demand can adjust. Should we ever consider to let
miners decide about supply, it is essential that their marginal
benefit of including an additional transaction is aligned with the
global marginal cost incurred by that additional transaction. Fee
smoothing is a step in this direction.
solo-mining yields a very volatile income stream due to the random
nature of mining, leading to the formation of pools. This volatility
will increase to even higher levels once the amount of Bitcoins earned
per block is dominated by (volatile) collected fees and not by
(constant) freshly minted coins, thus increasing the economic pressure
to join a large pool. Fee smoothing reduces that volatility and
pressure.
Problems: touching anything related to fee distribution is a political
minefield. This proposal probably requires a hard fork. Its technical
feasibility was only superficially verified.
This is my first post to this list and I am looking forward to your
comments. In case this proposal is received well, I plan to
specify/implement the idea more formally in order to kick off the
usual process for improvements.
Luzius Meisser
President of Bitcoin Association Switzerland
MSc in Computer Science and MA in Economics
 original: http://lists.linuxfoundation.org/pipermail/bitcoin-dev/2016-January/012297.html

Switzerland is Paving the Way for Bitcoin and Blockchain Banks

This is an automatic summary, original reduced by 85%.


Swiss Parliament member Franz Grüter could hardly be happier that his proposal for new blockchain regulations has been shot down.
Grüter said he first became aware of the issues faced by cryptocurrency startups when he was approached by Xapo CEO Wences Cesares, who was then considering whether to move his bitcoin wallet provider's headquarters to Switzerland.
Following the recommendation of Zug, Switzerland-based lawyer Andreas Glarner and the Switzerland Bitcoin Association founder Luzius Meisser, Grüter opened his first bitcoin account and began to experiment by purchasing the cryptocurrency.
Just days after Swiss rail operator SBB announced it would begin offering bitcoin via its ticket kiosks, Switzerland's Federal Department of Finance published the first details about the project.
According to Grüter, behind all these changes is nothing less than a total shift in the way Switzerland views cryptocurrency startups.
Since Grüter opened his bitcoin account with BreadWallet earlier this year, he said he's mostly just focused on how to buy the digital currency and track its price changes.

ISSS Security Lunch Abstract: Eines der zentralen Themen im Cloud Computing ist die Datensicherheit. Eine Möglichkeit, diese systematisch zu erhöhen, ist "Client Side Encryption": die ... Luzius Meisser speaks about the early days of Bitcoin and the evolution of a thriving ecosystem in Switzerland, the professionalization of the ICO market, challenges in the foundation model for ... This video is unavailable. Watch Queue Queue. Watch Queue Queue From 16 - 19 March 2017 the blockchain and crypto currency community met in the international climate of snowy Davos for talk battles, drinkabouts, fun and action in the snow. 00:24 - Why the ... Analyzing the Price of Bitcoin - Tone Vays on The Blockchain and Us ... Bitcoin's Early Days and Eternal September - Luzius Meisser, Bitcoin Association Switzerland by Manuel Stagars. 37:53.