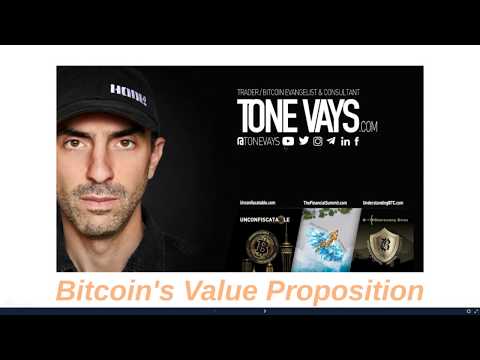 Update taken from NEOBEE page on Havelock Investments and formatted for easier readability.

We are pleased to announce that Neo's flagship branch is scheduled to launch on February 24, 2014.
As part of the launch, we will also release the following three products:

This wallet will function as a standard Bitcoin wallet which utilizes the multi-signature process. Neo will earn revenue from these accounts through the fees paid when exchanging Euros for Bitcoin. Account holders will receive a Bee card, allowing them to make purchases at retailers around the island of Cyprus, and through existing Bitcoin payment gateways.

This wallet will allow the customer to hold Bitcoins over a predetermined time period in their own wallet with multi-signature functionality. These wallets will enable the customer to execute an exchange back to Euros on the predetermined date for either the original Euro amount or for the value of the Bitcoin that is held in the wallet at the time of the exchange, however the maximum amount of gains the customer will receive will be limited to an agreed level. Neo will derive income from this type of wallet through gains made in the value of Bitcoin over an above the agreed percentage.

This wallet will enable merchants to accept Bitcoin payments from anyone. Merchants will have the ability to determine the exact percentage of revenue they wish to retain as Bitcoins and how much they wish to convert instantly to Euros as settlement. Merchants may accept payments into their bank account through electronic transfer, or collect as cash from one of the Neo branches. Should the merchant choose to access their money through one of our branches, they will have access to those funds within one minute of accepting the payment.
We have decided to delay the second branch in Nicosia to ensure the flagship branch opening goes smoothly. The second branch will tentatively launch within the first quarter of 2014.

We have taken delivery of the first batch of POS terminals. We are now finalizing the integration with Neo applications.
Bee will not charge transaction fees to merchants. This ensures the lowest barrier to entry. Bee will instead derive income from the rental of POS terminals and monthly fees for online payment gateways.
We have been working closely with a number of POS and Stock Management System developers to ensure compatibility and ease of integration with their systems and the Bee network. This will enable thousands of Cypriot and international merchants to easily integrate our terminals with existing infrastructure.

Neo EasyCoin is nearing the completion of beta testing. We are waiting for some locations to go online with different payment service providers. We are also working with other payment service providers in Europe to enable Neo EasyCoin to service additional European countries.
Neo EasyCoin will provide service to the United States once we are in possession of a written clarification from FinCEN regarding our business model. Our lawyers are working on this daily. While we are confident in our plan, we also want to ensure long-term stability.

We have received consistent and positive attention from local news outlets, including newspapers, television, magazines and news websites.
Here are some examples:
We held a dinner event with the management and owners of several media companies based in Cyprus.

Neo's first advertising campaign is now underway. The first television advertisement will premiere on February 1st. Radio advertisements and a new Neo & Bee website will be launched in support of this campaign. The website will include detailed information about our personal and merchant wallet service offerings.

We continue to make progress in establishing clear regulations for the operation of Bitcoin-based businesses in Cyprus. We have taken the necessary steps to obtain a Cyprus investment firm license, which would enable us to offer time-locked wallets to customers. We will offer these wallets when we open the first branch.

Neo Xchange is a new venture in which Neo will act as a brokerage and trade on a new Bitcoin exchange under development. The Neo Xchange platform will offer trade derivatives and other financial instruments. This requires the platform to be regulated. We are working towards obtaining the required licenses from CySEC to operate this platform. More information will be provided as available.
Once this platform has been launched, Neo will have greater ability to hedge the instant-access pegged wallets.

We are now developing our own ATM hardware that will enable customers to have access to all subsidiaries in many countries. This development will enable global expansion. By increasing our footprint in this manner, we can assess the data from these portals to determine optimal locations for expansion of the Neo network of branch locations.
The Neo Portals project is being managed by Brad Vaivoda. Brad Vaivoda graduated from the University of Colorado at Boulder with a B.Sc in mechanical engineering. After beginning his career performing brake rotor design and analysis in Formula 1, he accepted a position aiding orthopedic surgeons during operations whilst working for Zimmer Holdings Inc., a medical device manufacturer in the orthopedic industry. Most recently, Brad was employed by The Boeing Company as a Test & Evaluation Engineer working across Boeing's commercial aircraft product lines.
Brad has since turned his focus to Bitcoin and Bitcoin-related ventures. He has considerable experience with bleeding-edge technology and is familiar with working in fast-paced environments.

So is Havelock Investments trustworthy at this point?

I noticed they have Neo & Bee on there and was thinking of buying some stock. But having looked out the closure of other bitcoin stock sites and that there isn't any color coins around that would save me by being decentralized I have to wonder if it's safe.
I wouldn't want to put money in and then the site closes and as a result the stock plummets in value and I loose everything from stuff unrelated to Neo & Bee themselves.
Any thoughts?

My thoughts on investing in Bitcoin denominated securities.

I had a few thoughts on "investing" bitcoins. I put a little into Neo & Bee as well as SFI through Havelock. I actually think that I likely won't sell those shares for more bitcoins than I bought them for, but I still might consider that I'm coming out ahead. Why? Because the infrastructural improvements that these companies are working on effectively increase the value of an individual Bitcoin itself.
Let's consider these two scenarios:
Or would it have? Who's to say that my contribution to their cause didn't get baked into the market price of a bitcoin and that increase in price wouldn't have occurred without their contribution of new use-cases. It would be impossible to tell just by looking at the market, but if we see new use-cases come up (US->MX remittances and increased use in Cyprus) then by necessity the value of bitcoin would rise.
This adds a interesting tragedy/comedy of the commons: It's possible that investing a rapidly appreciating asset into a moderately successful company you believe in will actually benefit those who chose not to invest more because they will still get value-addition to their Bitcoins.
inb4: Cognitive dissonance accusation. I'm perfectly aware I'm performing some non sequiturs to get to my conclusion. I just wanted to prompt some discussion.

BTC.sx (www.btc.sx) is a powerful trading platform that allows users to make leveraged directional orders on the value of bitcoin. The company’s impressive momentum – surpassing USD $35 million of trading – is a testament to its success. Bitcoin is second only to gold on the list of topics guaranteed to arouse the wrath of the Internet trolls. Yet relentless promotion can't hide these facts: The digital currency peaked at a value of $1,130 just over a year ago. NeoBee mismanaged its capital horribly, but a fraction of it was in fact spent to advertise Bitcoin. Bitpay bankrupt its investors by buying advertising that made no economic sense . Now it has to do layoffs and yes it will sink into the night. A commodity is a store- of-value (for example silver has served this function for thousands of years). Even a fiat money is a store of value (thanks to the vile Paul Krugman’s “men with guns” – i.e. legal tender laws and tax demands). But BC is neither a commodity or a fiat currency, it is not a store-of-value Last month, the long-shuttered “bitcoin bank” sent out emails inviting shareholders to access a new “redemption portal” for “NEOBEE” tokens. (Full disclosure: This reporter owns a small number of NEOBEE tokens.) The move came as a shock to many former investors, as Neo & Bee has been in a state of legal limbo since the spring of 2014.

If you had invested $200 in Bitcoin in 2009 what would it be worth compared to investing $200 in Amazon, Facebook or Google. If you wanted to buy an Alabama peach with your Bitcoin how would you ... Bitcoin has value because of the faith people place in it as well. The price of Bitcoin fluctuates much faster than most stocks that are traded on the New York Stock Exchange. This is a point of ... Bitcoins Value Proposition by Tone Vays 👉 Subscribe so you don't miss the next one: http://bit.ly/2QKVDdV ️ Watching on replay? Watch my latest video here: ... At least for some, bitcoin is seen to have both scarcity and utility. That makes it valuable. » Subscribe to CNBC: http://cnb.cx/SubscribeCNBC About CNBC: Fr... Here is our latest Bitcoin (BTC) price forecast. Let's see if Bitcoin (BTC) is going to hold consolidation and move lower. It's time to stop the confusion. Join Us!!! Join This Elite Group - Sign ...