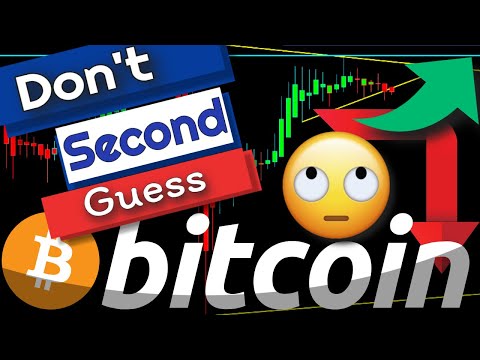 The Great Bitcoin Bull Market Of 2017 by Trace Mayer

By: Trace Mayer, host of The Bitcoin Knowledge Podcast.
Originally posted here with images and Youtube videos.
I just got back from a two week vacation without Internet as I was scouring some archeological ruins. I hardly thought about Bitcoin at all because there were so many other interesting things and it would be there when I got back.
Jimmy Song suggested I do an article on the current state of Bitcoin. A great suggestion but he is really smart (he worked on Armory after all!) so I better be thorough and accurate!
Therefore, this article will be pretty lengthy and meticulous.
BACKGROUND
As I completely expected, the 2X movement from the New York Agreement that was supposed to happen during the middle of my vacation flopped on its face because Jeff Garzik was driving the clown car with passengers willfully inside like Coinbase, Blockchain.info, Bitgo and Xapo and there were here massive bugS and in the code and miners like Bitmain did not want to allocate $150-350m to get it over the difficulty adjustments.
I am very disappointed in their lack of integrity with putting their money where their mouths are; myself and many others wanted to sell a lot of B2X for BTC!
On 7 December 2015, with Bitcoin trading at US$388.40, I wrote The Rise of the Fourth Great Bitcoin Bubble. On 4 December 2016, with Bitcoin trading at US$762.97, I did this interview:

As of 26 November 2017, Bitcoin is trading around US$9,250.00. That is an increase of about 2,400% since I wrote the article prognosticating this fourth great Bitcoin bull market. I sure like being right, like usual (19 Dec 2011, 1 Jul 2013), especially when there are financial and economic consequences.
With such massive gains in such a short period of time the speculative question becomes: Buy, Hold or Sell?
FUNDAMENTALS
Bitcoin is the decentralized censorship-resistant Internet Protocol for transferring value over a communications channel.
The Bitcoin network can use traditional Internet infrastructure. However, it is even more resilient because it has custom infrastructure including, thanks to Bitcoin Core developer Matt Corrallo, the FIBRE network and, thanks to Blockstream, satellites which reduce the cost of running a full-node anywhere in the world to essentially nothing in terms of money or privacy. Transactions can be cheaply broadcast via SMS messages.
SECURITY
The Bitcoin network has a difficulty of 1,347,001,430,559 which suggests about 9,642,211 TH/s of custom ASIC hardware deployed.
At a retail price of approximately US$105/THs that implies about $650m of custom ASIC hardware deployed (35% discount applied).
This custom hardware consumes approximately 30 TWh per year. That could power about 2.8m US households or the entire country of Morocco which has a population of 33.85m.
This Bitcoin mining generates approximately 12.5 bitcoins every 10 minutes or approximately 1,800 per day worth approximately US$16,650,000.
Bitcoin currently has a market capitalization greater than $150B which puts it solidly in the top-30 of M1 money stock countries and a 200 day moving average of about $65B which is increasing about $500m per day.
Average daily volumes for Bitcoin is around US$5B. That means multi-million dollar positions can be moved into and out of very easily with minimal slippage.
When my friend Andreas Antonopolous was unable to give his talk at a CRYPSA event I was invited to fill in and delivered this presentation, impromptu, on the Seven Network Effects of Bitcoin.
These seven network effects of Bitcoin are (1) Speculation, (2) Merchants, (3) Consumers, (4) Security [miners], (5) Developers, (6) Financialization and (7) Settlement Currency are all taking root at the same time and in an incredibly intertwined way.
With only the first network effect starting to take significant root; Bitcoin is no longer a little experiment of magic Internet money anymore. Bitcoin is monster growing at a tremendous rate!!

Currency exchanges are the most popular bitcoin-based business right now. Venture capitalist Maninder Gulati says, however, that both e-commerce and exchanges are not useful for the Indian bitcoin ecosystem at the moment. Gulati is the vice president at Lightspeed Ventures, a company that has invested in three bitcoin startups including BTC China. One night in August, 2013 would fundamentally change Zhao’s life. He was playing poker in Shanghai with two of his friends, BTCC Bitcoin exchange founder Bobby Lee and Ron Cao, who was then a partner at Lightspeed Ventures. Cao kept saying something that sounded like, “Bit Coin,”—Cao said it as two separate words. Since bitcoin surpassed $100 earlier this year, venture capitalists seemed to really start believing in the bitcoin space. Fred Wilson from one of the most renowned VC firms, Union Square Ventures Fred Wilson and Union Square Ventures, for instance, lent some legitimacy to the market with their investment in Bitcoin exchange Coinbase. Lightspeed Ventures’ Jeremy Liew has made a few investments in the space and is looking for more. And SecondMarket founder and CEO Barry Silbert launched his own Bitcoin Opportunity Fund. Bitcoin still holds the distinction of being one of the best-performing assets of 2017, despite its recent drop in price, which has since then recovered. The popular cryptocurrency’s value which touched $3000 early in the month, decreased by a considerable percentage, and now stands at around $2600. While people continue to wonder whether Bitcoin’s current […]

BITCOIN MAKING US ALL SECOND GUESS!! (BTC CHARTS) ----- what signs is bitcoin telling us? Something is brewing around the corner for us and TeamTakeOver is going to get this one very much so!! I ... The latest Google Trends data for “Bitcoin” searches. Source: Google Trends . Out of 50 states, California is the most search-happy at this hour, possibly because 1 AM Eastern represents just ... David Chen, Associate Partner at Lightspeed Venture Partners, stopped by Plug and Play on Wednesday, April 9th, 2014 to help the startups involved in Plug and Play Bitcoin, a startup accelerator ... This Bitcoin chart that shows a $20k bitcoin by June 2020 is extremely possible. This in reality is only 100% gain for BTC price. Many altcoins have done this recently in a matter of weeks, if not ... In October 2014, Blockchain.info closed a $30.5 million fundraising round from Lightspeed Venture Partners and Mosaic Ventures, which was the biggest round of financing in the digital currency ...