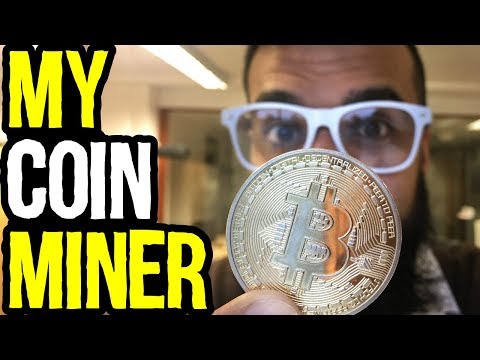 After the Bitcoin crash: do others fear me for greed?

At 6:30 pm on March 12, Bitcoin dropped from $ 7211 to $ 5555.55. The bitcoin price dived again this morning, slumping nearly $ 2,000 again in half an hour, the lowest fell to $ 3,782.13, a drop of more than 40% in 24 hours. According to the data of the contract emperor, only Huobi, OKEx, Binance, and BitMEX exchanges had a daily short position of 3.133 billion US dollars, which reached the highest in a single day in history. The number of liquidated positions exceeded 110,000, which was also the highest in a single day.
Also on March 12, the S & P index fell 260.74 points, triggering the fusing mechanism for the second time this week. The Dow hit its largest decline in history, at 2352.6 points. The Nasdaq fell 750.25 points to 7201.8 points. This is the third time in the history of US stocks. This fuse has been 33 years since the first fuse, but only 4 days have passed since the last fuse. Buffett shouted, "I only lived this way in 89 years." It is reported that Buffett lost $ 6.8 billion last night.
According to incomplete statistics, with the exception of the United States, the stock markets of 11 countries including Canada, Mexico, Japan, South Korea, Thailand, India, the Philippines, Indonesia, Brazil, and Pakistan plummeted. The five largest US technology companies, Apple, Amazon, Google, Facebook, and Microsoft, had a cumulative market value of $ 416.63 billion. The Bloomberg Billionaires Index shows that the top 15 richest people in the world lost a total of $ 46.4 billion.
Market panic or pullback demand? Regarding the meltdown of U.S. stocks this week, Yang Delong, chief economist of Qianhai Open Source Fund, believes that the spread of the epidemic is not the main reason. It is more a decade of bull market for U.S. stocks. Some factors driving the rise of U.S. stocks are quietly changing, such as the Federal Reserve ’s interest rate There is not much space. Regarding this crazy drop in Bitcoin, Apocalypse Capital told InfoQ that there are two main reasons for this drop in Bitcoin: on the one hand, the bearish demand caused by the expected global economic downturn, and on the other hand, Bitcoin Callback requirements themselves.
As we all know, Bitcoin will be halved in the second half of the year, but the trading market pays attention to speculation expectations. This round of rise has essentially halved the market. After hitting a high of 10500, Bitcoin is facing a callback demand. Of course, this round of downtrends is so rapid and there are only a handful of recurrences in the history of Bitcoin, which are inextricably linked to the decline in global stock markets, both of which are the result of expectations of a bearish global economy.
However, Johnson Xu, chief analyst of TokenInsight, told InfoQ that the Bitcoin dip was mainly due to market panic, because some market participants bought bitcoins by buying mining machines, borrowing, etc., and expected to reduce their expectations by half. A linkage effect caused by everyone being too optimistic about the market.
The market is overhyped because Bitcoin is halved, and some market participants are afraid to miss the opportunity to enter the market irrationally. The current market slump is driven by strong irrational behavior, which translates into a rapid downside response and quickly depletes market buyers' liquidity (flattening down). When the overall financial market panic or other unexpected events are caused by the New Crown virus and the global economic slowdown, market participants often seek to withdraw assets such as stocks and bitcoins and convert these assets into cash (cash is king). So has the recent gold sell-off.
When the market panics, people ask for cash in the beginning instead of investing in safe-haven assets such as gold. At the same time, because gold is considered a high-quality asset, investors usually start with liquidity crunch and market panic. Cash in on good assets (because inferior assets are more difficult to sell in panic times). The Bitcoin crash this time has a certain connection with the decline in global stock markets, because the entire financial market is a globalized market, and there is more or less linkage between each asset.
In addition, Forbes speculated that it may be because PlusToken scammers transferred bitcoins worth more than 100 million US dollars to the mixer, and then sold bitcoins, resulting in rising market supply.

Other people are greedy, I am afraid, others are afraid of me, greedy? In this case, should investors still expect "halving the market"? Johnson Xu believes that there is no such thing as a "half quotation", and most market participants are too optimistic about the halving of Bitcoin. Price fluctuations are not necessarily caused by halving, but may be caused by the sum of other factors. When everyone is saying that they are optimistic about the market, the existence of risk is ignored in the subconscious. At this time, the risk will be actually reflected, and the upside will gradually shrink. Bitcoin halving was written into the code, and it was not an accident. Bitcoin should be halved in a rational way. It is worth looking forward to, but not overly interpreting and speculation.
However, Tianqi Capital believes that this plunge is a callback period for bitcoin's halving of the market, and each round of sharp decline also indicates the opportunity of the market outlook: cheap chips will be hoarded, waiting for the next wave of hype and explosion. Therefore, Tianqi Capital still believes that the market outlook of Bitcoin is worth looking forward to, provided that it is not frightened by the current fierce washing of the chips, after all, when the bear market is the worst, it is also when gold is everywhere.
Regarding the future trend of Bitcoin, Apocalypse Capital stated that it should judge according to the current trend.
In this round of market, Apocalypse Capital initially chose to follow the downward trend of May 18, and Bitcoin has gradually dropped from a high of 10,000 to 3150 points, so the big support level predicted by this round happens to be 3700 today. Near the point. Data monitoring shows that some funds are involved in this price range. But whether it can hold on to this support remains to be tested. If the 3700 support cannot be maintained, it is very likely that it will hit the US $ 2000 level. Tianqi Capital believes that this is the market's last line of defense. Long-term investment is recommended to buy some relatively stable targets, such as BTC, ETH, etc. The bear market will eliminate many currencies, but if it survives, it will shine in the next round.
Johnson Xu believes that the plunge is also a test to promote the healthy development of the industry. Extreme market is a test for the entire industry, especially for infrastructure, risk management, etc., so it is still optimistic and supports the development of the industry for a long time.
For current investors, Johnson Xu offers the following suggestions:
Does Bitcoin have a fusing mechanism? On March 9, after the U.S. stock market crash triggered the fusing mechanism, the market began a discussion of "whether Bitcoin should set up a fusing mechanism". But at present, most people are not optimistic about the Bitcoin fusing mechanism. OKEx CEO Jay Hao said that the fusing mechanism is difficult to implement in the digital currency market. In the face of a highly volatile market, setting the fuse point is a difficult problem. At the same time, for a 7 * 24h market, when a certain exchange breaks down, the price difference between the digital currencies between the platforms will increase, leading to arbitrage, and the fuse mechanism will eventually become a decoration.
Du Wan, the co-founder of Contract Emperor, also said that it is unrealistic to use a fuse mechanism in the currency circle. The fusing mechanism first violates the original intention of the decentralization of the blockchain, and at the same time, it will touch the interests of the top of the currency circle ecological chain. For example, large trading teams can no longer use pins to obtain large profits. When the market is panic, exchanges with a fuse mechanism may lose traffic to exchanges without a fuse mechanism because of the run effect of traders.
It can be seen that the current risk aversion measures in the traditional stock market are difficult to transfer to the fickle currency market in a short time, and the regulation of this market still has a long way to go. Investors should still be cautious when investing.

The bitcoin wiki’s mining hardware comparison page is a good place to go for rough information on hash rates for different hardware. When choosing a hardware, it’s worth looking at your device for bitcoin mining you need a pc worth more than 1 lac rs + electricity bills + telephone so please stop this bullshit about gareeb awam . Bitcoin mining is a luxury and since it is falling down New Free Bitcoin cloud Mining Pool 2019. Sign up now! Available new profitable mining contracts. 24-hours support. Stability. High profitability. Profitable terms. A world leader in mining equipment and rock excavation. Our constantly evolving offering for mining and rock excavation covers rock drilling, rock cutting, crushing and screening, loading and hauling, tunneling, quarrying and breaking and demolition. Required Cookies & Technologies. Some of the technologies we use are necessary for critical functions like security and site integrity, account authentication, security and privacy preferences, internal site usage and maintenance data, and to make the site work correctly for browsing and transactions.