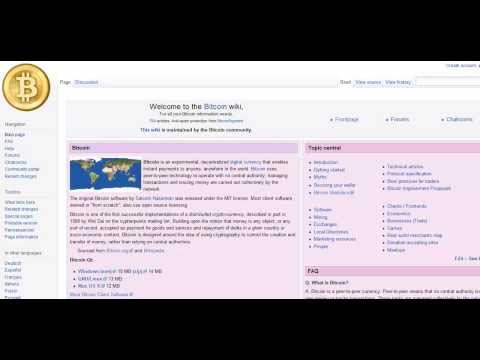 TL;DR: A Transaction Input is what reveals your public key, not the Transaction Output, and an address represents the hash of a Public Key.
UTXOs that are P2PKH (Pay to Pub Key Hash) go to the hash of a public key. More specifically, the following script, known as the scriptPubKey, is pushed onto a stack: OP_DUP OP_HASH160 OP_EQUALVERIFY OP_CHECKSIG
These operations define how the coins are allowed to be spent. OP_DUP = Duplicate the top item of the stack, OP_HASH160 = Popping the top of the stack and pushing the RIPEMD-160 hash of the SHA-256 hash of the popped data back onto the stack, = Pushing the recipient’s decoded Address onto the stack, OP_EQUALVERIFY = checking if the top two values on the stack are equal and popping them if true, and OP_CHECKSIG = checks if the signature is verified by the public key on the stack (more on this later). For more information, check the bitcoin wiki’s section on bitcoin script.
A legacy bitcoin address (beginning with a 1) is just a public key hash that is encoded in Base58 with a version byte (0x00) prepended, and a checksum appended to the end. To convert an address to a PubKeyHash is as simple as decoding from Base58.
However, when a UTXO is Spent, the spender must prove ownership by providing some additional values to satisfy the UTXO’s scriptPubKey. This combination of values is known as the scriptSig, and for P2PKH consists of two parts: Signature>
When a Transaction is evaluated and verified, the input’s scriptSig and the scriptPubKey of the output it’s spending are placed onto a stack so the whole thing becomes: OP_DUP OP_HASH160 OP_EQUALVERIFY OP_CHECKSIG
First, the signature is pushed to the stack. Then the public key associated with the bitcoin address. OP_DUP duplicates the public key, OP_HASH160 pops the public key off the stack and pushes the hash of the public key onto the stack. Then the PubKeyHash whom the coins belongs to is pushed to the stack. Then OP_EQUALVERIFY checks to see if the public key does indeed hash to the specified PubKeyHash. If true, the two values are popped off the stack. Then OP_CHECKSIG takes the last two elements from the stack (the signature and the unhashed public key) and checks if the signature is valid. If true, the input is valid and “unlocks” the UTXO for spending.
This is a big part of why you should not reuse addresses: only when you SPEND a UTXO do you reveal your Public Key to the world. Until spent, your public key is secured behind other barriers (SHA-256 and RIPEMD-160). If Elliptic Curve cryptography is to be broken by quantum computers, it will also need to break the hashing algorithms above as well to at least invalidate P2PKH outputs. Back in the very early days, some Outputs were made using P2PK (Pay to Pub Key) which does not use this intermediary hashing technique and is considered far less secure, thus it is rarely used today if at all.
Septem_151

Mimblewimble in IoT—Implementing privacy and anonymity in INT Transactions

Scenario: I am using an 3rd party source for my addresses' utxo's. What is the most malicious thing that api provider could perform against me? (other than denial or service or possible

Experienced bitcoiners skip below below the line Very brief summary for those unfamiliar (not going too deep into it as they would be unlikely to produce a trustworthy answer to this question.)
The info required for a new transaction is essentially no more than: * What transaction output is unspent and capable of being used to fund your next transaction (aka user0 --1btc-> usera. Usera must look back and retrieve the serialized tx so usera knows: * The txid * The index of the output that refers sent to your address
Imagine a tx with addrM sending 0.1 each to addrx, addra, and addrz. Therefor the owner of addra must reference that transaction and their place on the list of outputs (0 = addrx, 1 = addra, 2 = addrz)
Here's an example of using bitcoind to create a new transaction using the txid and the addr index of which you want to spent coins from. bitcoind createrawtransaction '[{"txid":"a9d4599e15b53f3eb531608ddb31f48c695c3d0b3538a6bda871e8b34f2f430c","vout":0 <-- index 0}]' '{"mkZBYBiq6DNoQEKakpMJegyDbw2YiNQnHT":50 <-- the new transaction's recipient:amount to send}'
READ THIS FOR MORE INFO I didnt want to get into much more than an abstract

*Suppose a malicious actor had the ability to falsify what data i put into the utxo's txid and index ((but not anything like the send to address or the scriptsig/redeemscript), *what is the most malicious thing they could do other thing simple denial of service by feeding you falsified utxo data and the tx's ending up getting rejected be the network.
But would it be possible to get someone to spend their own money as a miner fee by sending a utxo (the attacker must know that this particular utxo is redeemable by the victim) dataset that lowballs the utxo value--causing the victim to create a transaction where they are under the impression that, for example, the have 0.5 to spend and want to spend .45, but realistically that utxo is 2 bitcoins. sThe victim would create a tx that sends .45 to the intended recipient of that tx, then 0.0499 sent tto the victim's change address.
So to summarize:
Victim> hey source of blockchain data, gimme a utxo attacker> ok here you go, you were sent .5 btc to addr 123212321... index 4 Victim> thanks bro. im gonna broadcast this tx utilizing that utxo and it looks like the following
Victims understanding of the situation addr1 (0.5) > addrZ (0.45) > changeaddr1 (0.0499) fee = utxo - sum(outputs) fee = 0.5 - (0.45 + 0.0499) fee = 0.0001
What is actually happening:
addr1 (1.00) > addrZ (0.45) > changeaddr1 (0.0499) fee = utxo - sum(outputs) fee = 1.00 - (0.45 + 0.0499) fee = 0.5001
Thus despite the attack requiring one to be in a position like this anyways, the most likely attack scenario would involve a mining pool + online wallet operator. After solving a block, the pool owner withholds it and provides the fake utxo data to their wallet users and after the attacker ends up getting enough victims to have created these crazy high fee tx's, they then publish the block and reap the rewards from the users tricked into paying a crazy high fee.
Is what i'm saying making sense? is this attack--despite its specificity of situation--doable? The bottom line is what is the worst you risk when trusting a third party for utxo data.
I got progressively more and more tired through out this so i could have done a better job writing it--I hope people understand what im getting at.
Resources regarding these topics below

I'm using these pages on the bitcoin wiki to help me understand bitcoin transactions, but I need some clarification: https://en.bitcoin.it/wiki/Transactions https://en.bitcoin.it/wiki/Script
If we look at a Standard Transaction to Bitcoin address (pay-to-pubkey-hash), the ScriptSig and ScriptPubKey will contain the following:
My understanding is that this script describes what the "receiver" must do to perform the next transaction with the bitcoins included in this transaction.
submitted by molodets to Bitcoin [link] [comments]